Trump And The Antichrist

Donald Trump Is Evil > FAQ > Trump And The Antichrist 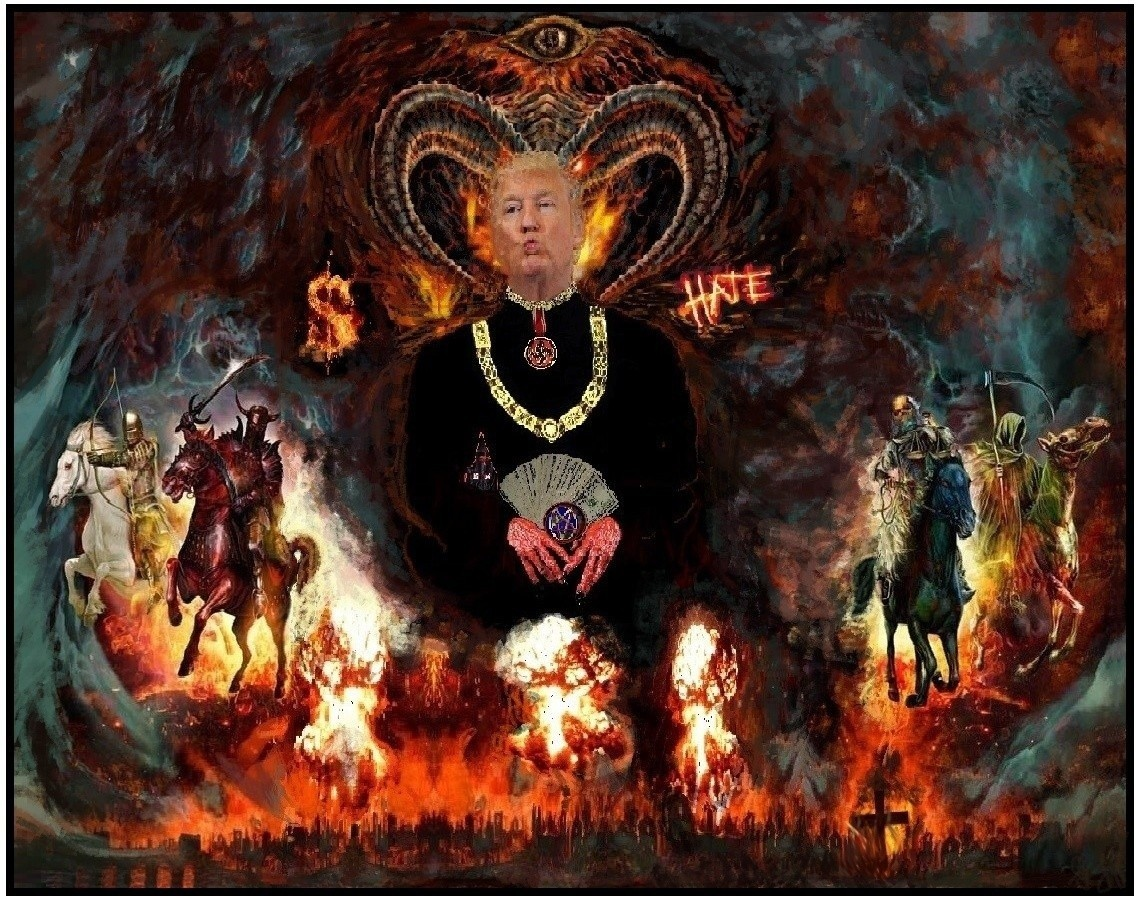 The Antichrist and Donald Trump?

Who or what is the antichrist?

The term antichrist is only found in the epistles of John (1 John 2:18,22; 4:3; 2 John 1:7).  The antichrist is the one who opposes Christ and thus God.  The antichrist is an eschatological (end times) person who will appear and deceive countless people near the time of Christ’s return.  The antichrist is associated with Satan and will be aided by demonic forces in his unholy movement against God and in his attempt to rule the nations of the world.  Most scholars agree that the antichrist will claim to be God and will rule many nations in Europe and bring the world to the brink of destruction….read more

Could Trump Be The Antichrist?

Prophesy states that no one can ever know for sure, but one thing is certain, most of what comes out of Donald Trump’s mouth is quite the opposite of what was said by Jesus.  So, he certainly represents values that are opposite to those that were taught by Jesus.  Yet, many seem to have accepted Donald Trump as their savior.  Preaching violence and non-tolerant behavior is not Christ-like by any stretch of the imagination. In fact, it is juxtaposed.

His quick rise to political power and strange hold over the masses got him elected by the “Christian Coalition”.  He seems to get away with any and all bad acts relatively unscathed, where most would find themselves jailed or worse. These are but a few of the numerous coincidental facts that have led many to feel that Donald Trump is none other than the Biblical Antichrist!

Now that Trump has assumed office, America has been thrown into chaos.  Even the Pope denounced him within the first week of his taking office.

In other words, the Antichrist is an individual like Trump who reeks chaos on the world once he has been empowered by the misled masses.  In the months following his election, religious intolerance rose astronomically.

It matters not what your belief system is, in the few short days following his entry into the white house, Trump threw countless people into chaos.  Airports turned away both travelers and immigrants, causing worldwide chaos.  Long exalted government regulatory agencies were dismantled, causing countless job losses.  Neighboring governments were alienated. .

So yes, he appears to be an evil individual empowered by “dark forces” who masks his true nature to his followers blinding them to the horrors he brings until after he is empowered.

It remains to be seen as to what his future agenda may be.  But, we can all hope that he isn’t the Antichrist but rather merely a narrow minded myogenic egotistical bigot.

Then again, for those who interested, his numerology doesn’t look good..  Check out :Trump and the number 666.